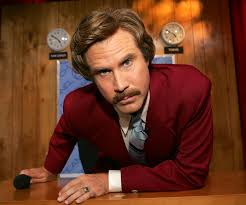 F3 Nation, Inc. (“F3″) is a peer-led, zero-cost non-profit workout group. F3 makes no representations with regard to the skill level of workout leaders, the safety of the exercises performed during workouts or the hazardousness of the premises upon which workouts are conducted.

During a Friday lunch Ruck, Mr. Clean and Picasso quoted Will Ferrell from his many hilarious movies. Picasso had Q on the upcoming Saturday and Mr. Clean suggested that they lead a Co Q based that had a Will Ferrell movie themed feel to it. Picasso agreed, and they got to planning. The Landfill was by the Germans in 1904, they named it San Diego, but then soon redacted San Diego to it’s original name ‘The Landfill’. We wanna say something. We’re gonna put it out there; if you like it, you can take it, if you don’t, send it right back. For just one post let’s not be co-people. Let’s be co-pax.
NOTE: Any any time during the post, if Picasso shouts out “You’re my boy, blue”, each pax drops and does 10 Merkins.
Old School
Mosey down the hill from the love shack.
Earmuff Squats x 20 IC
Pretty Nice Little Saturday

Today’s workout, while entertaining and out of the norm, came from something pretty cool…a thrown together F2 event by YHC and Picasso. The lesson: we can truly develop something great and productive if we are just willing to give another person our most valuable asset: time, then something surprisingly and often very cool happens. At the very least, we build relationships with people; because, proper leadership requires building strong relationships with others. We ALL have a story to tell and it’s our responsibility to take time to remember this and make an effort to get to know those stories of others.